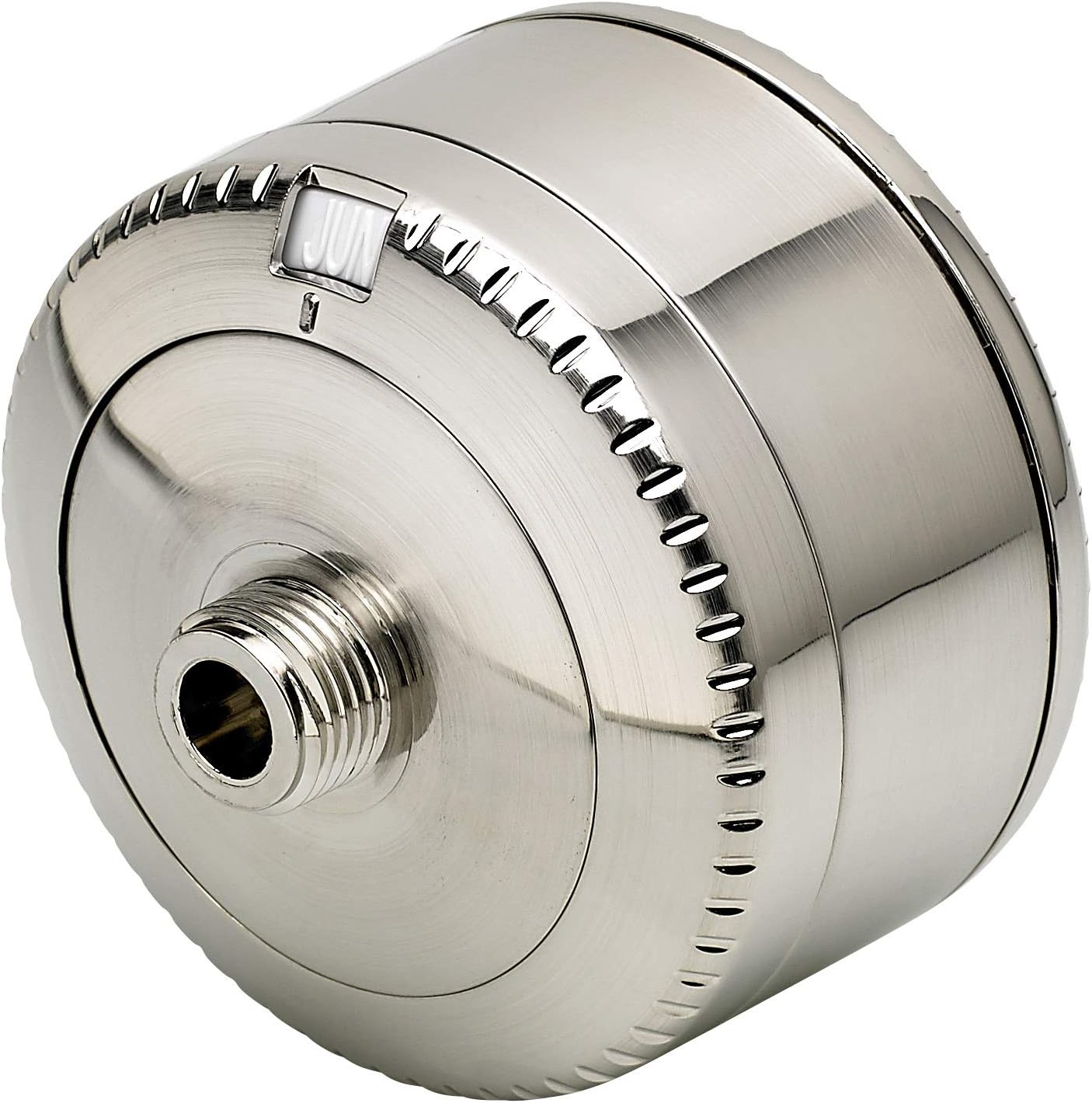 The Sprite Slim-Line 2 Shower Filter has NSF certified performance in a sleek, high-strength plastic housing. Inside the housing is a replaceable 6 month filter cartridge (model SLC) engineered with Sprite's exclusive Extend-A-Path Baffle System. This system allows the water more contact time with the filter for the ultimate chlorine-free shower. Original Slim-Line series units have a low footprint of approximately 1.5 inches, making them ideal for achieving the most filtration with minimum intrusion. "br""br"Sprite's âUniversalâ filters are named for their universal fit and appeal! They can be placed between an existing shower head and any standard 1/2-inch NPT shower arm with no extra equipment, offering complete customization of the showering experience.

This listing is for the filter (containing one replaceable filter cartridge) only. To purchase the filter with a matching adjustable shower head, refer to model SL2-CM-M, SL2-WH-M, or SL2-WHCT-M. Sprite's plastic units have a 1 year manufacturer. Please refer to the manufacturer..